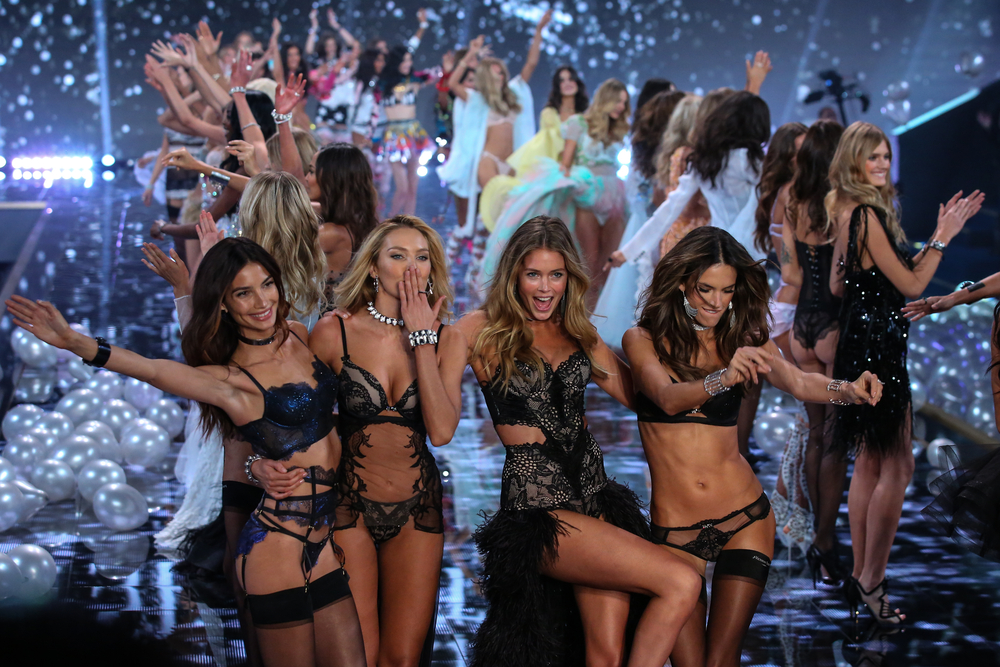 Victoria’s Secret has been aggressively rebranding its image to target more diverse customers. The lingerie brand has stated that it will also be renamed Victoria’s Secret & Co. when it splits from the parent company, L Brands, in August this year.

The plan to reboot the brand comes after the poor financial performance over the past two years. During the #MeToo era, companies that over-sexualized the brand are looked down upon by the community. Meanwhile, competitors such as Aerie with a body-positive brand image are seeing an increase in profits.

A Culture of Misogyny at Victoria Secret

Studies have shown that digitally enhanced images of ultra-thin models hurt self-esteem, particularly of adolescent women.  It leads to negative comparisons, resulting in mental problems and eating disorders such as bulimia and depression.

Victoria’s Secret is accused of lacking diversity and objectifying women. The younger generation is especially at odds with the brand image of the company.

A NY Times report exposed a culture of harassment and misogyny at Victoria’s Secret. Wexner is the former CEO and had been strongly criticized for assigning Jeffery Epstein as his financial advisor despite the fact he had been convicted for sexual offenses.

Razek the former chief marketing officer had come under fire for his negative comments about transgender and plus-sized women.

People had spoken out against the negative culture at Victoria’s Secret for many years. The company was promoting outdated and single-minded images of ultra-thin women. Its brand image of the perfect body type had been strongly criticized for objectifying women’s bodies. The censure had increased particularly during the #MeToo movement in the late 2010s.

Victoria’s Secret finally agreed to rebrand the image after poor revenue performance in 2019 and 2020. The company subsequently announced the VS Collective rebrand.

The company will replace ‘Angels’ who in the past included supermodels such as Tyra Banks, Heidi Klum, and Gisele Bundchen with more diverse brand ambassadors. These include a soccer star Megan Rapinoe, actress Priyanka Chopra Jones, and a 17-year old skier Eileen Gu. Other representatives of the company include a South Sudanese Refugee Adut Akeh and a size-14 model Paloma Elsesser.

Victoria’s Secret also announced a new board of directors on which six out of the total seven are women. Its Pink brand will focus on women in their 20s.

Victoria’s Secret Rebranding Strategy: Will it be a Success?

Many people welcomed the latest strategy of the lingerie brand to a more diverse clientele. But still many are saying that turning a new leaf will probably be not enough.

The reason is that rebranding is never an easy strategy. Replacing one target market with another is not as simple as replacing angels with activists. This is especially true after strong criticism for making misogynist comments and association with Jaffrey Epstein.

The mindset of people cannot be changed in an instant. It will probably be years before people are more accepting of Victoria’s Secret value proposition.

What Brands Can Learn from Victoria’s Secret?

Victoria’s Secret rebranding strategy can become a case study for academicians and managers. The power of brands is determined by the perception of the company. Rebranding is difficult since it is difficult to change the mindset of the target market.

David Ogilvy had stated that one must not underestimate the intelligence of the audience. This statement is true when it comes to revamping the brand image of a company. People will not easily forget the negative image.

An example is Pepsi’s controversial collaboration with Kendall Jenner in a bid to sell more by pushing the race relations button. The strategy backfired since it made the Black Lives Matter movement seem trivial. Pepsi had to backtrack from that strategy and offer an apology.

Promoting a message that does not align with the masses will have a negative outcome. You need to work on the message to win the trust of the target market. It is important that the message supports the target market rather than oppose their viewpoint. In other words, the company must show sincerity to the cause of the audience.

Another important point is that the brands must match the changes in the marketing strategy with the changes within the organization. The products are the true representative of the company rather than celebrities of the new campaign.

Victoria’s Secret still offers a limited size range. While the company claims that it will eventually offer larger sizes, the products in the market are limited. This fact alone shows that the company will not quickly be able to turn around the dismal financial performance.

Many experts also think that Victoria’s Secret brand message that sexy women don’t have to be size zero may be too late. The company continued to hold on to unrealistic ideals as the average size of American women grew to 16 to 18. The new strategy appears by the company to be a last-minute strategy to prevent the business from going bust.

Most customers are savvy and will see through the marketing tactic of the company.  Rebranding must be authentic that takes time. It should not be abrupt and calculative otherwise the branding strategy is doomed to fail from the start.

The 2021 rebranding strategy represents an effort by Victoria’s Secret to change its past. The revamped marketing strategy comes after years of complaints against the lingerie brand for not including women with average and plus-sized body types. The company will now represent women of varying sizes and shapes.

Victoria’s Secret is trying to change its brand image due to its corrosive impact on its sales due to unrealistic idealized models. While the company has hired more diverse and inspirational ‘Activists’, this may not be enough. The misogynist brand image created over the years will not be easy to change.

People associate the company with horrendously attractive women. The marketing and brand image of the company creates a negative self-image that has alienated its target market.

Moreover, some experts such as psychologist Rogers even criticized the latest inclusive campaigns since women don’t represent the average body size.

Joshua Cooper was born and raised in Tallahassee, Florida. After high school, he moved to Milan to study fashion design.  He travels several times a year back to the states. His favorite movie is The Devil Wears Prada (of course) and his favorite series is Halston (a little more under-the-radar but definitely worth a watch). In his spare time, Joshua loves taking care of his two adorable dogs, Coco and Chanel.